Have you ever wondered how a graphic artist draws a character? The Design Team interviewed Hereville author Barry Deutsch to find out! 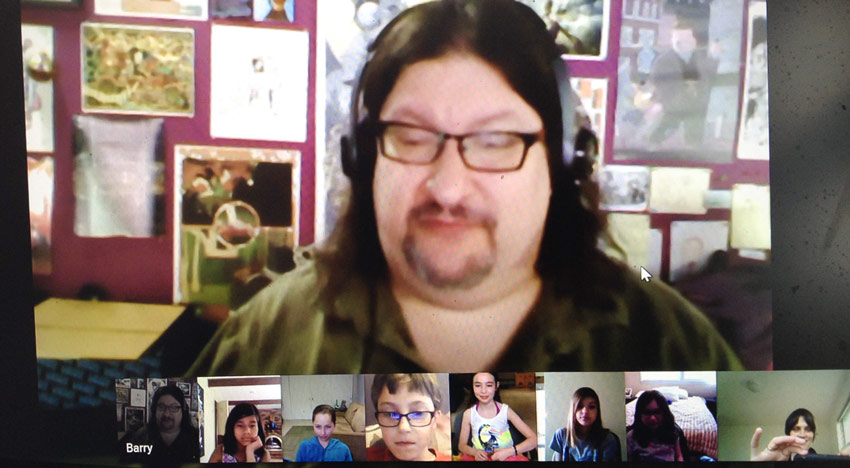 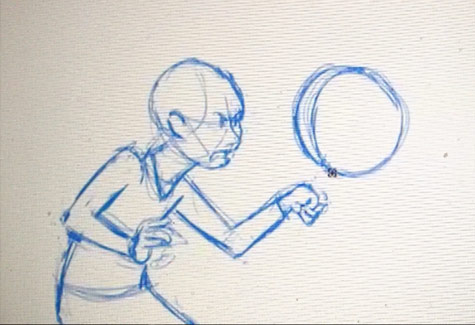 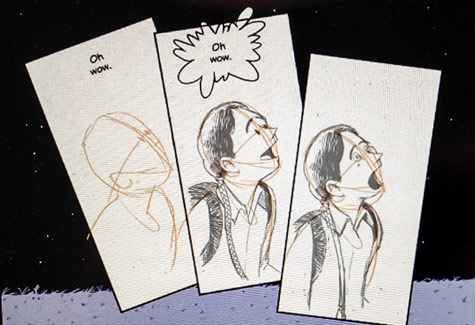 Design Team: How did you decide what to write about?
Barry: I really wanted to create a fun magical adventure - but I didn't want to do another story about men who live in New York City and punch each other. I wanted to do a comic I'd never read before, and I wanted it to reflect my Jewish heritage. That not only made it more fun, it was also a good excuse for me to dive into researching Judaism!

Design Team: How did you come up with Mirka, the main character?
Barry: I don't really know! I just made her up as I went along, and eventually she came to life in my head. I'd sit on buses and watch things out the window, and a little Mirka voice in my head would tell me what she thought of it all. And the longer this went on, the easier it was for me to hear Mirka's voice.

Design Team: Are there any books that inspired you when you were young?
Barry: Yes, many! But one book (or, really, series of books) I loved was "Pogo," by Walt Kelly. "Peanuts" by Charles Schulz was also a favorite of mine. When I got a bit older, I was a big Spiderman fan.

We also learned some cool things about Barry like…
Interviewing Barry was an awesome experience! And guess what? You don’t have to be on the Design Team to ask Barry a question!

Type your question below, we will send it to him, and then we will add his answers in a future blog!

I absolutely love your books. I like how you sprinkle humor, facts, and words in other languages throughout the books. I also love to write, so I like reading books to see how to describe and paint pictures for my readers. Every though you actually "paint the picture", I would still be able to imagine everything that happens in Mirka's adventures.

My Mom gave my How Mirka Got her Sword for Hanukkah when I was 7 and I really liked all of the books. I want to know why the first one is in black and white only but the others are in color? Will there be more books about Mirka?