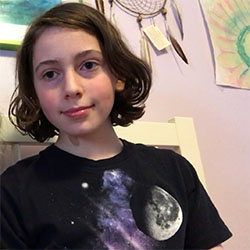 Mort Ziff is Not Dead Review by Ben

Mort Ziff is not Dead is an attention-grabbing book about a boy, Norman, and his family's trip to Miami Beach. Norman has lots of fun and likes airplanes. If you like stories about fast-paced adventures, and stories about family and friends, you might enjoy this book.

Norman lived in Canada in 1965. He won $1,000 from a guessing game. He decided to use the money to take his family to Miami Beach. In Florida, Norman stayed at a fancy hotel. His brothers were always mean to him and drove him crazy. Norman’s brothers were fighting with two sisters who were staying at the hotel. Norman became friends with their younger sister, Amy. Amy and Norman also became friends with Mort Ziff, a comedian who worked at the hotel. Mort’s job was in danger and Amy and Norman came up with a plan to help Mort. Read more about the book here.

I think there is 100 pieces of candy in the bowl.

Is the candy kosher?